Ahmad Zahid, who is also the BN chairman, said Umno and BN are not Perikatan Nasional (PN) component parties and, as such, support for the PN government is from the individual MPs only.

“Umno and BN are not able to stop the MPs supporting Anwar from meeting the Yang di-Pertuan Agong (Al-Sultan Abdullah Ri’ayatuddin Al-Mustafa Billah Shah) to make known his intention.

“I was told that many Umno and BN MPs have voiced their support [for Anwar]. I respect their decision,” Ahmad Zahid said in a statement today.

The statement was referring to an announcement by the opposition leader, who has claimed to have a strong and formidable majority to form the next government.

Anwar has offered to keep Najib out of jail, something Umno leaders say Muhyiddin Yassin is not offering

Anwar Ibrahim has promised to drop the corruption cases against Najib Tun Razak and Ahmad Zahid Hamidi if Umno supports him to take over as Prime Minister or PM9.

Has the backdoor government of Muhyiddin Yassin really fallen? If it’s true, then Mr. Muhyiddin should be congratulated for being the shortest serving prime minister in the history of the country – a huge humiliation, but he deserves it. People will celebrate because it was the backdoor prime minister who had first betrayed his own legitimately voted government of Pakatan Harapan.

It was only on March 1 that Muhyiddin was sworn in as the 8th Prime Minister after he successfully launched a coup to topple his own government. The traitor formed the loosely glued Perikatan Nasional government together with corrupt UMNO Malay nationalist party and radical PAS Islamist party, despite having called UMNO as crooks and labelling PAS as “munafiq” (hypocrite).

However, even supporters of Anwar Ibrahim are not overly convinced with the latest bombshell dropped by the PM-in-waiting, who claimed on Wednesday (September 23) that he has sufficient support from Member of Parliaments in the 222-seat Parliament to become the next prime minister. After all, Anwar had cried wolf as early as September 16, 2008 on the same matter.

Back on September 16, 2008, opposition leader Anwar announced that he had enough parliamentary support to topple the Abdullah Badawi government and urged the prime minister to give up power peacefully. Mr. Anwar needed 30 MPs to defect and join his now-defunct Pakatan Rakyat coalition of 82 members. It failed to materialise, of course.

If Anwar could not even bluff the incompetent and “sleepy beauty” Badawi in 2008, what are the chances that he could pull the same stunt on the power-hungry and treacherous Muhyiddin? Anwar is a horrible poker player. He blinks almost all the time. But the stake is very high for him today. His reputation and integrity will take a tremendous hit if he fails again this round.

In the same breath, the stake is very high for former Mahathir Mohamad too. The latest political move by Anwar will prove whether Mahathir has been secretly supporting Muhyiddin as his proxy all along. Anwar said Mahathir is not part of his so-called new coalition. But if Mahathir chooses to support Muhyiddin against Anwar now, the cat will be out of the bag.

Not only Mr. Anwar has claimed to possess the necessary numbers to topple PM Muhyiddin, but also boldly claimed that he has “close to two-thirds” support of the 222 MPs to take over the throne. Unless he bluffs again, his new coalition government looks to be much stronger than lame duck Muhyiddin’s, who currently enjoys only 2-majority vote in the Parliament.

Unfortunately to Muhyiddin, Anwar does not appear to be entirely bluffing. The Palace has confirmed that an audience sought by Anwar and his wife Wan Azizah was granted. But the audience, scheduled to take place Tuesday (Sept 22) and supposedly to convince the Agong (King) that he possessed the numbers, has been postponed because the King is being hospitalised.

But why did Anwar suddenly choose to strike now? As a starter, he seems to have finally realised how powerful the 91 MPs in the Pakatan Harapan coalition that he is leading now. He also realised that the Opposition will most likely perform worse in the next 15th General Election, if rival “Malay-Muslim” Perikatan Nasional consisting of UMNO-PPBM-PAS stays united.

Therefore, if he does not leverage on the current powerful bloc of 91 MPs (comprises his own party PKR’s 38 MPs, DAP’s 42 MPs and Amanah’s 11 MPs) to snatch back the power, his desire to become a prime minister may be forever gone. It’s now or never, especially after Muhyiddin hinted that he may dissolve the Parliament – if he wins the Sabah state election.

With just 3 days to go before the Sabah state election on September 26, Anwar could be trying to swing the voters’ support for his party and allies. However, his party was only given 7 out of 73 seats to contest. It would be mad of him to gamble his reputation and integrity just to help caretaker Chief Minister Shafie Apdal wins the Borneo state.

Perhaps the biggest reason the PKR president desperately wanted power now is his failure to strike out a lawsuit filed by UMNO lawyer Mohd Khairul Azam Abdul Aziz to challenge the pardon granted to him in May 2018 over his sodomy conviction. Two days ago, the High Court allowed the action of the Federal Territories Pardons Board and Agong (King) to be challenged.

If 73-year-old Anwar’s pardon is reversed due to technical errors, he might go back to prison. The most interesting part of the latest political manoeuvre is this – exactly how did he get the numbers (assuming he was not bluffing in the first place)? Assuming his 91 MPs in the Pakatan Harapan is still solid and intact, he needs only 21 MPs to defect and join him.

The PM-in-waiting revealed that Mahathir and his band of 5 MPs are not part of his new coalition, at least not yet. Thanks to despicable Muhyiddin, who threatened to withhold infrastructure development for Sabah unless the Sabahans vote for him, it indirectly pushes Shafie Apdal closer to Anwar Ibrahim. Hence, Anwar might have secured the support from Shafie’s 9 MPs.

Interestingly, UMNO president Zahid Hamidi said he has received information that many Barisan Nasional MPs have expressed their support for Anwar to form a new government. Zahid specifically mentioned that neither UMNO nor Barisan is a component of Muhyiddin’s Perikatan Nasional hence he is powerless to stop any Barisan MP from switching sides to Anwar.

UMNO itself is divided into many factions. It’s absolutely possible for Anwar to fish between 10 MPs and 20 MPs out of 39 MPs in UMNO. When UMNO president himself said he respects the decisions of MPs from his own party to jump ship, it speaks volumes about the bad blood between Zahid and Muhyiddin. The PM will be game over if he loses support of 3 MPs.

Anwar needs 9 MPs from Sabah Warisan and 12 MPs from UMNO to form a simple majority government. The unknown part is whether Anwar has agreed to free crooks like Najib or Zahid in exchange for their support. But UMNO MPs aligned to Najib and Zahid are not the only one who could switch sides. For example, warlord Nazri Aziz has publicly declared his support for Anwar since 2018.

In a second scenario, Mr. Anwar’s powerful bloc of 91 MPs could be joined by Sarawak-based Gabungan Parti Sarawak (GPS)’s bloc of 19 MPs together with 10 MPs from UMNO. That would give the PM-in-waiting a comfortable 120 MPs, in anticipation of additional 9 MPs from Sabah and Mahathir’s bloc of 5 MPs to join later, for a total of 134 MPs.

While GPS, one of the allies of PM Muhyiddin, has rubbished claims made by opposition leader Anwar Ibrahim, it was not all rosy in Sarawak. There was an open conflict when Muhyiddin’s party PPBM (Bersatu), UMNO and PAS asked for seats from GPS so that they could contest in the next Sarawak state election, which is currently dominated and monopolised by GPS.

To add salt into injury, GPS was not impressed over delayed negotiations on MA63 (Malaysia Agreement 1963), which is one of the conditions of GPS’ support for the backdoor government. Despite an existing committee, Muhyiddin has mooted the idea of starting another new committee on MA63 – suggesting the deliberate attempt not to solve the decades-old MA63.

There has been considerable discontent over seat negotiation between PPBM and UMNO, leading to the clashes between both parties in the current Sabah state election. If both allies could not even work together in Sabah, chances are there would be bigger problems when a nationwide election is called. The unfair distribution of ministryships, leaving UMNO with junk portfolios, has made things worse.

Like it or not, Zahid’s statement was a threat to Muhyiddin to drop all criminal cases against him and other UMNO warlords or risk the collapse of the federal government. But at the same time, UMNO could be using Anwar to force the prime minister to dissolve the Parliament without making UMNO look like the bad guy who pulls the rug out from under Muhyiddin’s feet.

Here Are The List of Anwar Ibrahim ( PM ) With UMNO Najib & Zahid New Bumi-Majority Government Cabinet Line Up
at September 25, 2020 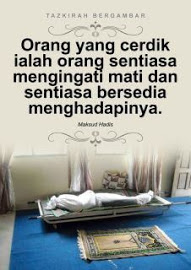 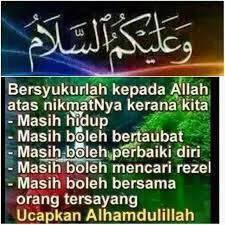 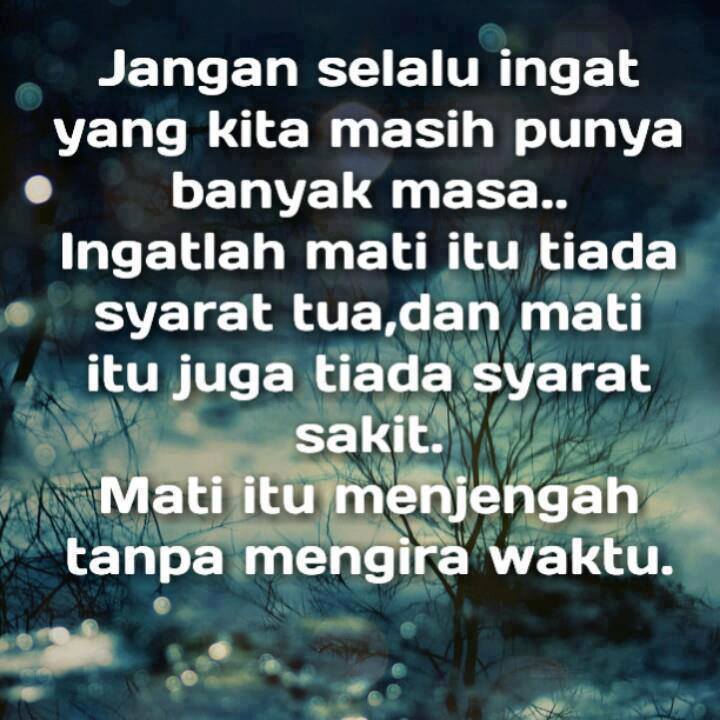 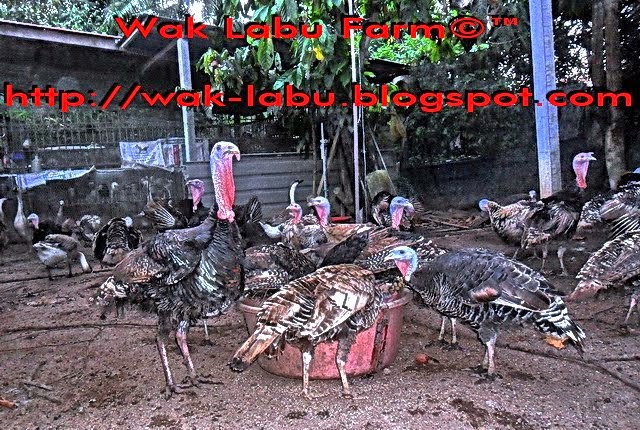 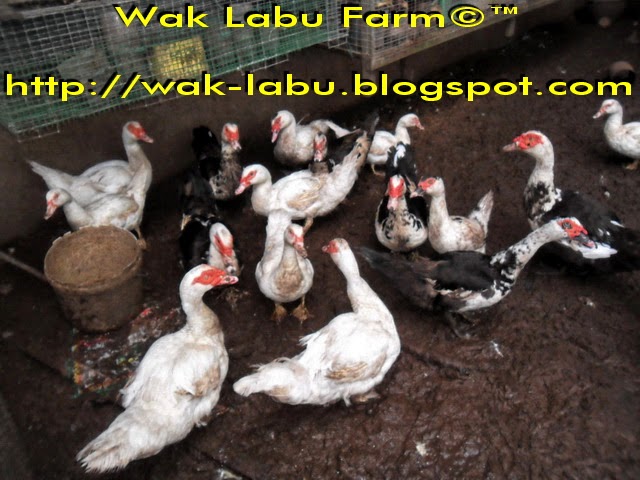 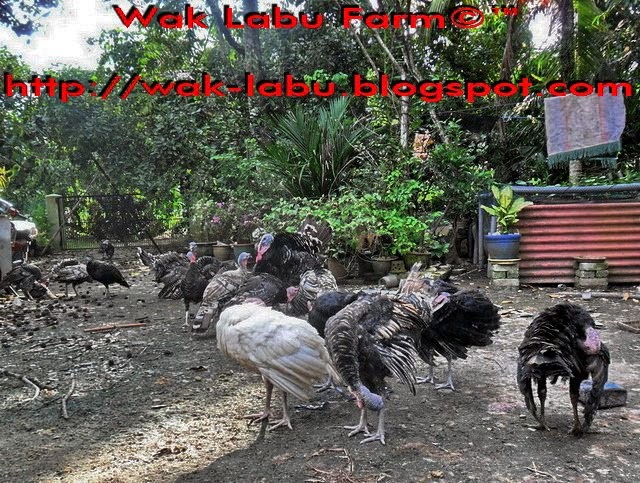 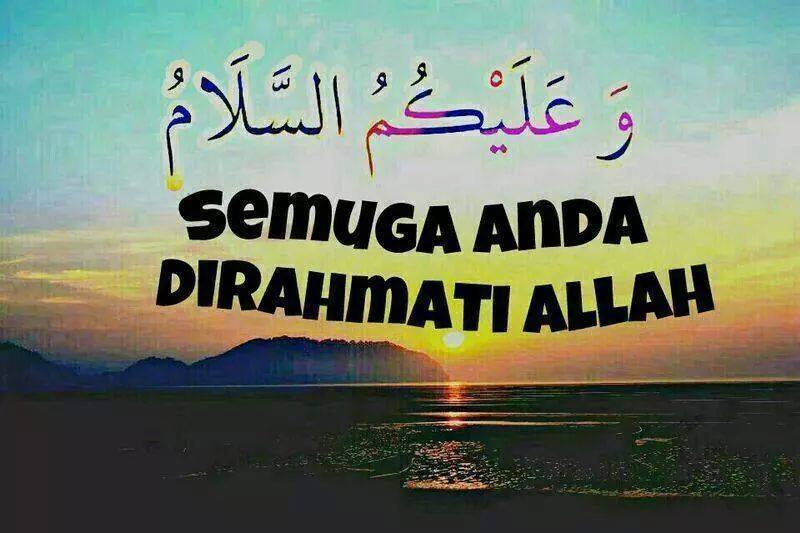 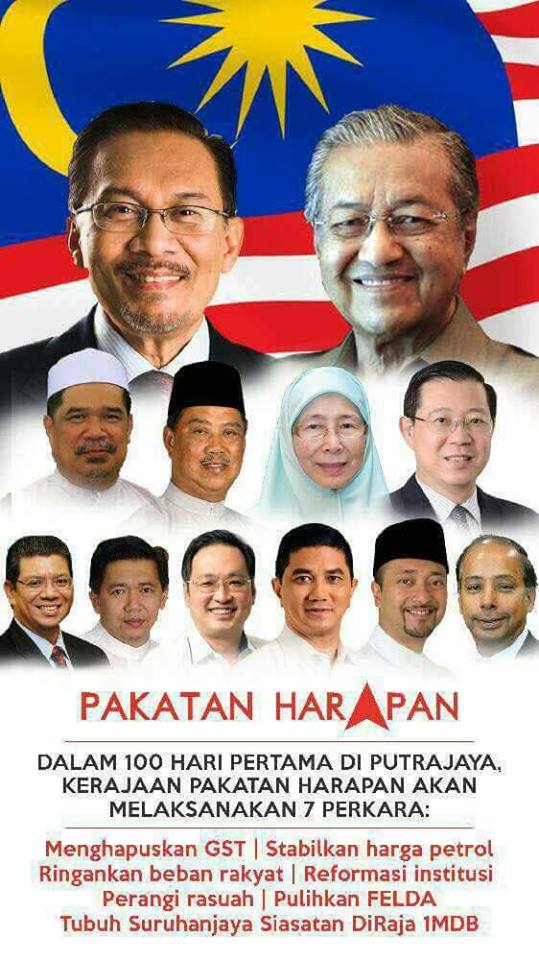 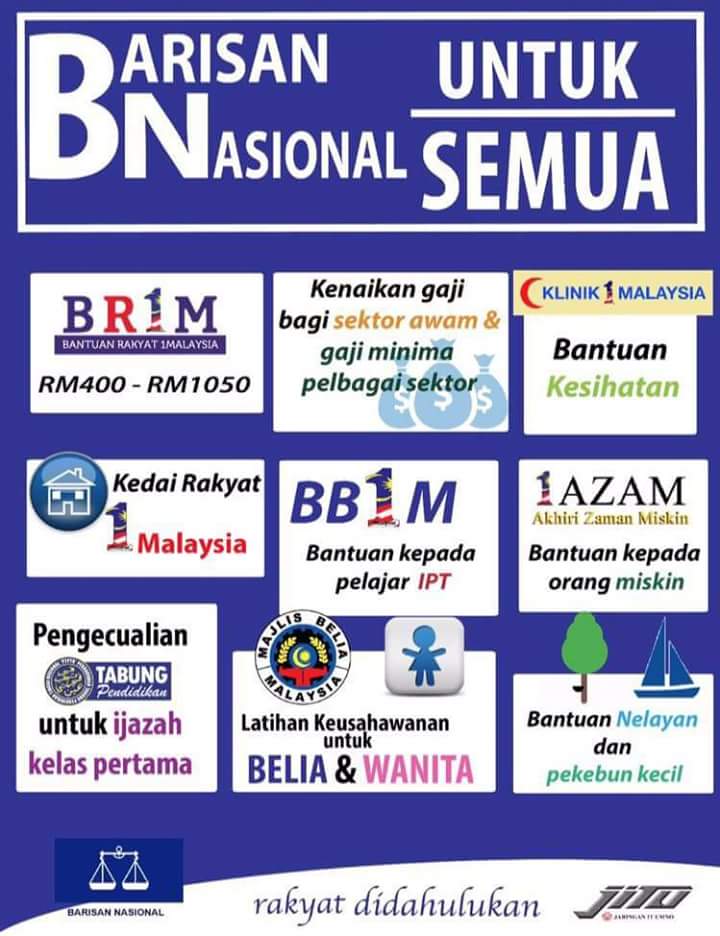 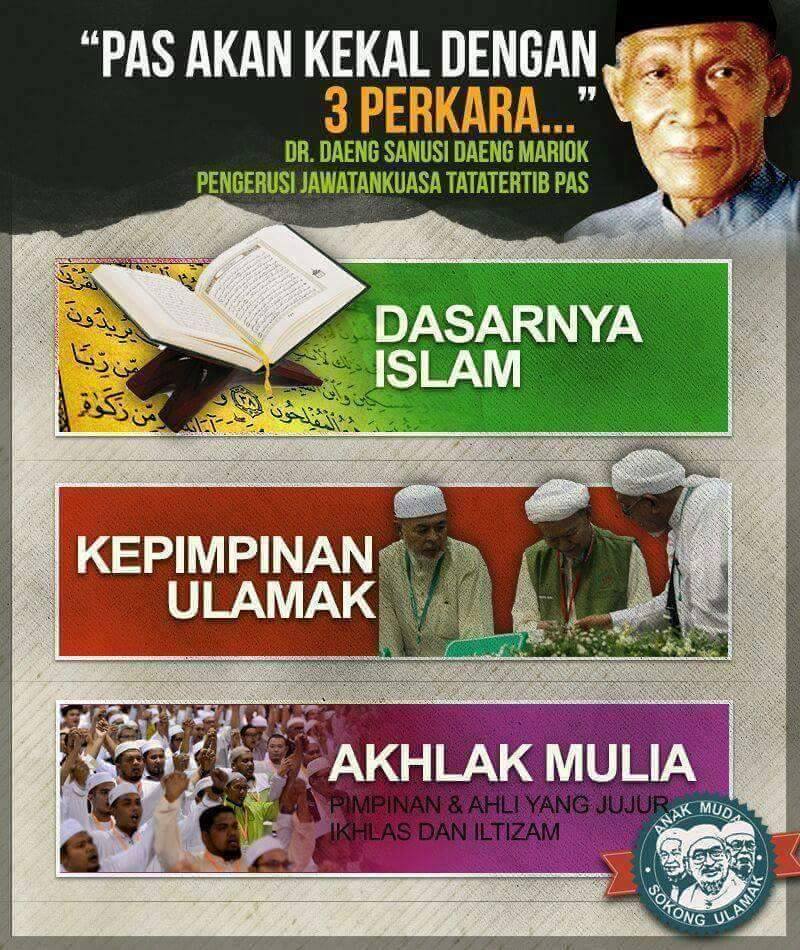 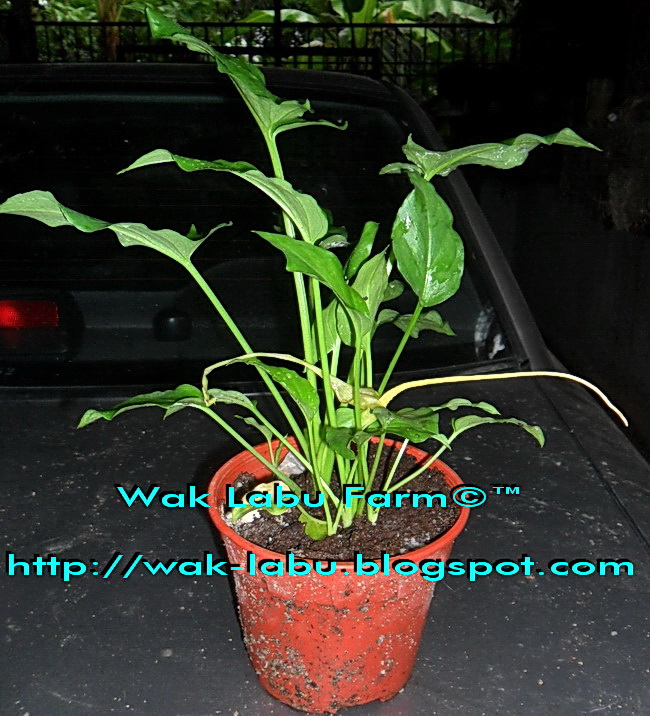